Need a home inspection in Woodburn?

Woodburn, Oregon is a city located in Marion County. The city has been around since 1871. However, the beginning of the town was not officially incorporated until 1889. It is mostly known for being home of the Woodburn Drag Strip and the annual Wooden Shoe Tulip festival, both of which bring visitors from all over the Willamette Valley. 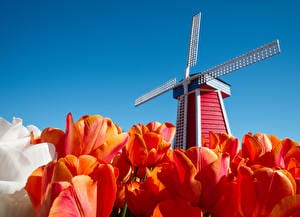 Woodburn has  an economy that is largely influenced by consumerism in shopping malls and outlets. There is a large shopping center called Woodburn Premium Outlets that accounts for a lot of the revenue that the city brings in.

There is not a subway or metro system within the city of Woodburn. However, there are bus systems that have been implemented to help residents and visitors get around the city.

Greyhound buses and Amtrak buses also make stops in the city to help travelers get around and get into and out of the city.

Woodburn is a part of the Woodburn School District but also has several vocational schools serving a variety of interests. Including Wellness, Business, Art, Science and Technology, as well as International Studies.

There are a combination of historic homes, suburban residential homes and rural homes within Woodburn’s city limits with a median purchase price of $300k.